Billington Foodservice create components or complete dishes to create fantastic food. They have two main sites, Bakery and Kitchen and a company shop based in Newport. Following extensive support during their migration to our telecoms services, they asked us to help establish a plan in the event of a hardware failure. As a 24/7/365 manufacturing business, the systems at Billington Foodservice must be kept operational even in the event of a hardware failure.

Following a consultation with Billington Foodservice, we recommended that they update the networking, both LAN and WLAN, which would mean replacing aging architecture, they move to a leading virtualisation technology and a private cloud infrastructure and that they implement new servers with strong backup and replication.

Following discussions and approval, we moved them to a new virtualisation technology, moved them to a cloud infrastructure with advanced HP MSA 16GB fibre channel, SAN storage and Storefabric 16GB Fibre switching technology and implemented six HP Proliant performance host rack servers with VMWare VSphere software and Veeam Backup and Replication. We also connected the telecoms cabinets via a 10GB fibre backbone and installed HP MSM wireless technology with a central controller and a variation of HP MSM wireless access points and we provisioned specialist WiFi equipment to work in cold store temperatures of up to -40 degrees.

With continuous, on-going support from CSG, the internal IT Manager now has the back-up of the CSG team as part of their Managed IT Support service. The network is monitored and managed on a 24/7/365 basis, while the implementation of virtualisation and private cloud infrastructure allows Billington Foodservice to take advantage of quicker time-frames to deploy additional server resource when needed.

Further benefits include an enhancement in performance with the new and much improved architecture, robust networking design, cost savings on power consumption and the knowledge that the systems are fault tolerant and highly available.

“CSG has enabled our business to save money on hardware provisioning costs, management time and ensure our systems are kept operational in the event of a hardware failure. CSG delivered the system against all project key objectives” – Rob Coulson, Billington Foodservice.

If you want to know how CSG can help your business, give our team a call today on 0330 400 5465, or fill in our contact form and someone will be in touch. 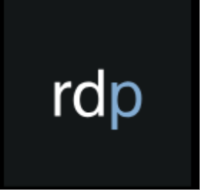 Get in touch to find out how we can help!